The first major city in Italy to transpose the principle of horizontal subsidiarity provided for in the constitution into its public policies, Bologna is a pioneer in matters of shared administration. During our first trip, we went to take a closer look at the regulatory tools put in place and their concrete impacts on the territory.

What is the situation ?

We place ourselves in a context of strong historicity since Bologna is one of the cities where the first forms of communalism developed (with traces of the negotiations between Bolognese notables and the local nobility dating from the 12th century). Bologna is also a city of multiple urban and social experiments: urbanization plans designed to avoid too much gentrification in the 1970s, establishment of neighborhood councils and a thought resolutely turned towards taking into account the opinions of citizens on the affairs of the city. Politically, the city has been anchored on the left and on the far left since the end of the Second World War, with mayors of the Italian Communist Party and Left Democratic Party (PDS) until 1999, followed by an alternation of center- right, and a resumption of power by a coalition led by the Democratic Party since.

Also, Bologna is a student city, the University of Bologna being one of the oldest in the world, founded in 1088, the student population constituting a quarter of the city’s inhabitants (around 400,000).

Following an Italian constitutional reform in 2001 (art. 118 al. 4), the principle of subsidiarity was established and stipulates that “the State, the Regions, the metropolitan cities, the provinces and the commons favor the autonomous initiative of citizens, alone and associated, for the development of activities of general interest, on the basis of the principle of subsidiarity ”1.

This principle was applied in 2014 when the city of Bologna adopted the first Regolamenti per l’amministrazione condivisa dei beni comuni. This regulation allows the city of Bologna to contract Pacts (Patti di collaborazione) with the citizens of the city.

These regulations in particular were accompanied by Donato di Memmo, Head of Active Citizenship and Third Sector, New Citizenship, Social Inclusion and Responsible Neighborhoods Department in the Municipality of Bologna. This regulation is the embodiment of the theory instilled by the constitutional reform of 2001, and is close enough to a law, built with national scope to be adaptable to other cities. It is also the fruit of a reflection initiated following the 2011 referendum, which focused in particular on water management for cities2.

There are differences between participation and collaboration, it is not a question here of considering common goods as objects of universal law but of co-administering these common goods. Bologna is an example of shared administration, the starting point for autonomous initiatives on subjects never encountered in the context of participation (ex: clubs of ultras who manage a place, homeless people who take care of green spaces. ..). We are here in a situation with probably the minimum possible bureaucracy, proposals for initiatives are made online, then are taken care of by the city’s dedicated team (made up of 7 people) to respond to these requests. A tacit agreement is provided after 15 days.

The Bolognese pacts are published on the city’s website, along with a location on a map, a context for the pacts and all the information necessary for the citizen to contact the people in charge of the pact, citizen or civil servant. Citizens also have the opportunity to comment on the pacts through the civic social network set up by Bologna: Iperbole Rete Civica. During our visit to Bologna, we saw three pacts: 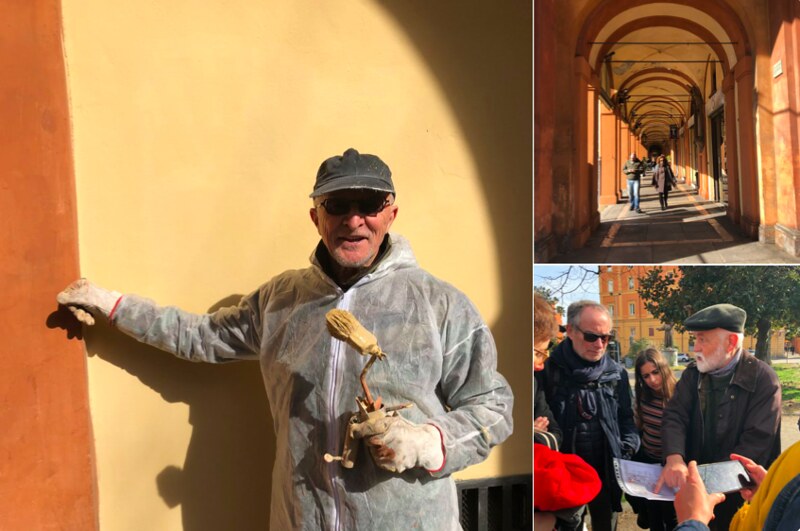 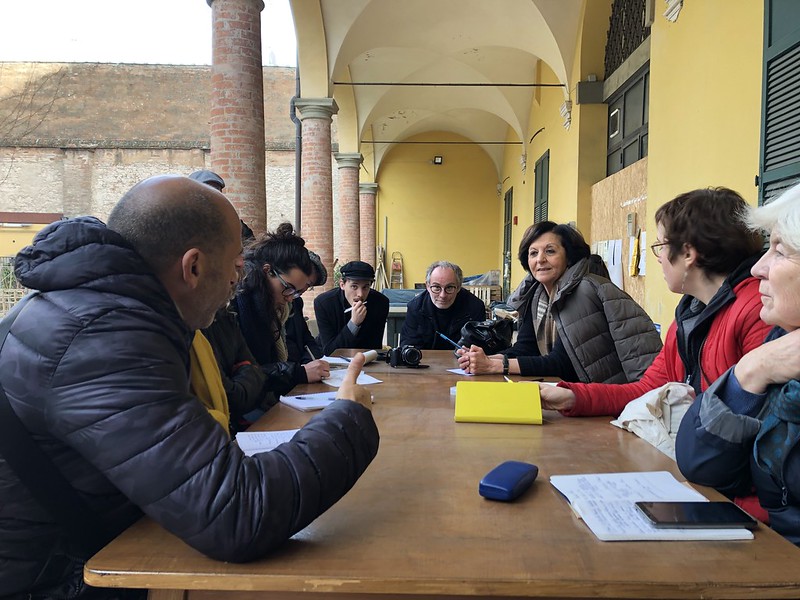 The Bolognese pacts testify to 3 things: simplicity through the change of posture of the different public actors is easier to adopt. The administration and the civil servants are in a benevolent listening posture, of constructive exchanges with the citizens, without the prescription on the actions to be carried out or the affected places that one could expect from the public authorities. Citizens are positioned in a much more flexible disposition, free from the administrative constraints specific to associative engagement. The pacts also have this crucial advantage of being able to envisage actions on generally complex fields of collective and civic action: the pacts for cleaning the walls and streets of the city would be much more complex to set up in a “classical” system managed by non-profits.

Transparency then, in the spirit that we find following the law for a French Digital Republic and the verse of open data of public administrations, the Bolognese pacts are easily found online and can be modified via discussion between citizens and administration.

Finally, the flexibility of the framework, the pacts being most often at the initiative of the citizens, as long as they remain within the limits fixed by the regulations, they relate to very varied subjects. In addition, and in connection with the transparency of the pacts, they are by their very nature suitable for welcoming new members without formalities. The pacts being concluded for two years, the redefinition of actions and members is also made more easily possible than in the case of an agreement with an association.

Some weaknesses of the pacts should nevertheless be emphasized, their short duration which prevents long-term actions and which requires frequent renewal of the pacts. The questions of responsibility of the various actors, although tackled in the Bolognese regulations, are one of the subjects of difference with the Turin case, each actor being responsible for himself, the actor in situation of proposal of the action being responsible people like property.

For Labsus, this regulation acts as a renewal in the Italian associative sector, with the creation of new alliances between association and relaunch of older associations, as well as the new possibility for citizens hitherto outside the associative spheres to get involved in the commons of their city.

Today, more than a hundred cities have adopted a regulation similar to that of Bologna, adjusting it to their territorial context. What does this type of transposition produce elsewhere? We went to Turin to find out more. The writing of the two regulations was done under profoundly different conditions, while Bologna was experimenting with a new way of doing public action, Turin arrived after this experimental phase (and necessarily failing on certain points), writing its own regulation inspired by the Bolognese case. In the fundamental differences between these two texts stand the definitions:

– Firstly, the definition of urban commons, the Turin regulation sets out the concept of exercising the fundamental rights of citizens and the interest of future generations, which the Bolognese regulation does not do.

– Another nuance brought by the Italian regulation is the impossibility for the pacts to replace essential services guaranteed by the municipality, according to the laws and regulations in force “a patto che non si configurino come surrogato di servizi essenziali che devono essere garantiti dal comune stesso secondo le leggi ed i regolamenti vigenti. ” (art. 2 d)

The other differences are found in the Bolognese regulations, specifying the area of ​​intervention of the pacts (“which affect the quality of life in the city” art 2 h), as well as an essential component of the organization: the means and mode of communication. What has been retained by Bologna is the transparent online publication of the regulations and the various pacts, with the connection to the civic network of the city site and the possibility for citizens to access information and to comment or vote for the pacts. Turin also publishes its pacts online, with similar information but by articulating the pacts with the European Co-city project and by presenting the administrative documents activating the pacts, which are voted in city council.

The Turin pacts also have the notable particularity of having a specific application framework: the municipality having previously indicated 121 places on which to act (revitalization, delayed opening, sharing of times of use of spaces …). 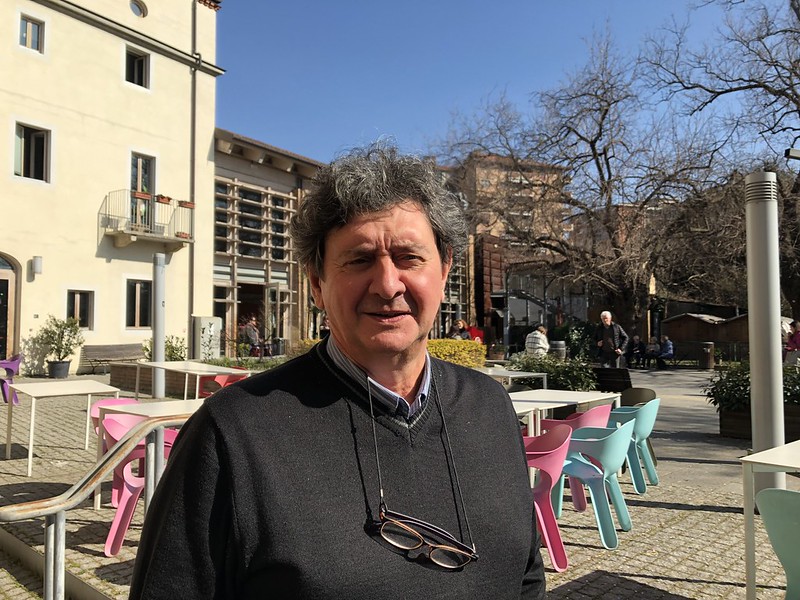 Among other notable differences, the Turin pacts go through a long process of drafting and maturation accompanied by 8 neighborhood houses, disseminated in the different districts of the city from the 90s through various experiments and formalized in the Rete Casa del quartiere project in 2012. Neighborhood houses are responsible for supporting citizens in their requests for pacts with the municipality. Where the Bologna pacts are formally reduced to a minimum, the Turin pact proposals are much more complete and documented.

Without in theory limiting the possibilities of application of the pacts, the coupling of the places to be touched with the prior administrative process clearly marks the paradox of Turin pacts: in 2 years of activity of the Turin regulation, only a dozen pacts have been implemented.